A Seat to Call “Home”: The Pros and Cons of Unassigned Seating in the Workplace

There are so many questions around taking the plunge to a 100 percent unassigned workplace, and for good reason: research in this area is lacking, in large part due to the fact that most organizations do not want to share their experiments openly. On top of that, many design firms have NDAs with organizations that have made the change, which means conversation in the industry isn’t really flowing, either.

Stories are shared at conferences like CoreNet Global and WORKTECH, and touring an existing workplace is a good avenue for open data gathering. But if you want to get to the bottom of the difference between “alternative workplace strategy” and “hoteling”; if you want the lessons learned from another company that has tried a 100 percent unassigned workplace and it has failed; or if you want to know how an unassigned space will affect collaboration, quantity, and density, where do you turn? Broad-based public data to answer these questions currently lies in deep consideration between strategic design firms and their workplace customers. 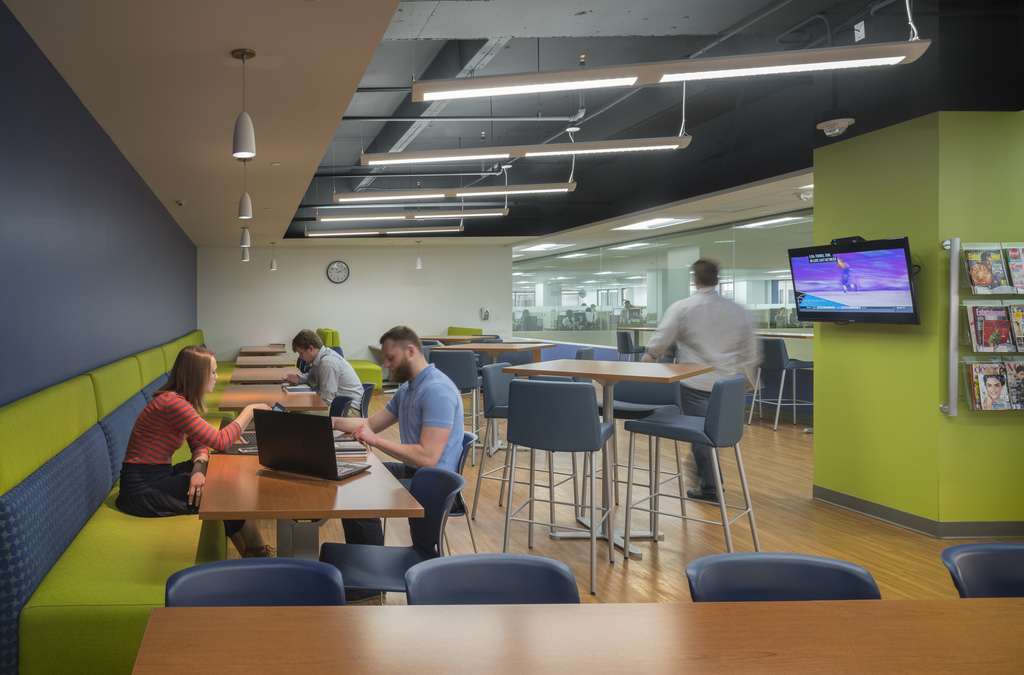 Hoteling, for its part, is an older term coined in the ‘90s. By definition, it refers to unassigned, reservable office space that’s indistinguishable from the cube farm environments full of assigned seats. It has become a less favorable term in recent years because of the lack of identity associated with it. Like a hotel that people prefer to not call a home, a hotel desk is utilitarian, and doesn’t promote a personal connection to either the place or the people for the worker. Hoteling environments do not function well without the additional service of a concierge to manage the reservable function, as well as the equipment needed (stealing of cords is common), the hook up lessons, log on training, etc. Most companies prefer not to create this infrastructure.

Hot desking is different in that it does not have the reservable function and is used on a first-come, first-served basis. A few years ago, a Louisville-based client of mine created a 100 percent unassigned space. They furnished and equipped it with high degrees of different activity settings intended to allow for choice and user control. Then they set the IT group free in the space to self-regulate themselves into the new space. An interesting phenomenon began when some team members began to arrive earlier in the mornings to “claim” their seat, and no surprise these individuals went for the same seat each day. Since the strategy was to let the team facilitate their own use of the space, squatting, and other behaviors for “dedicated” space became something of a common occurrence, and a source of humor within the team. 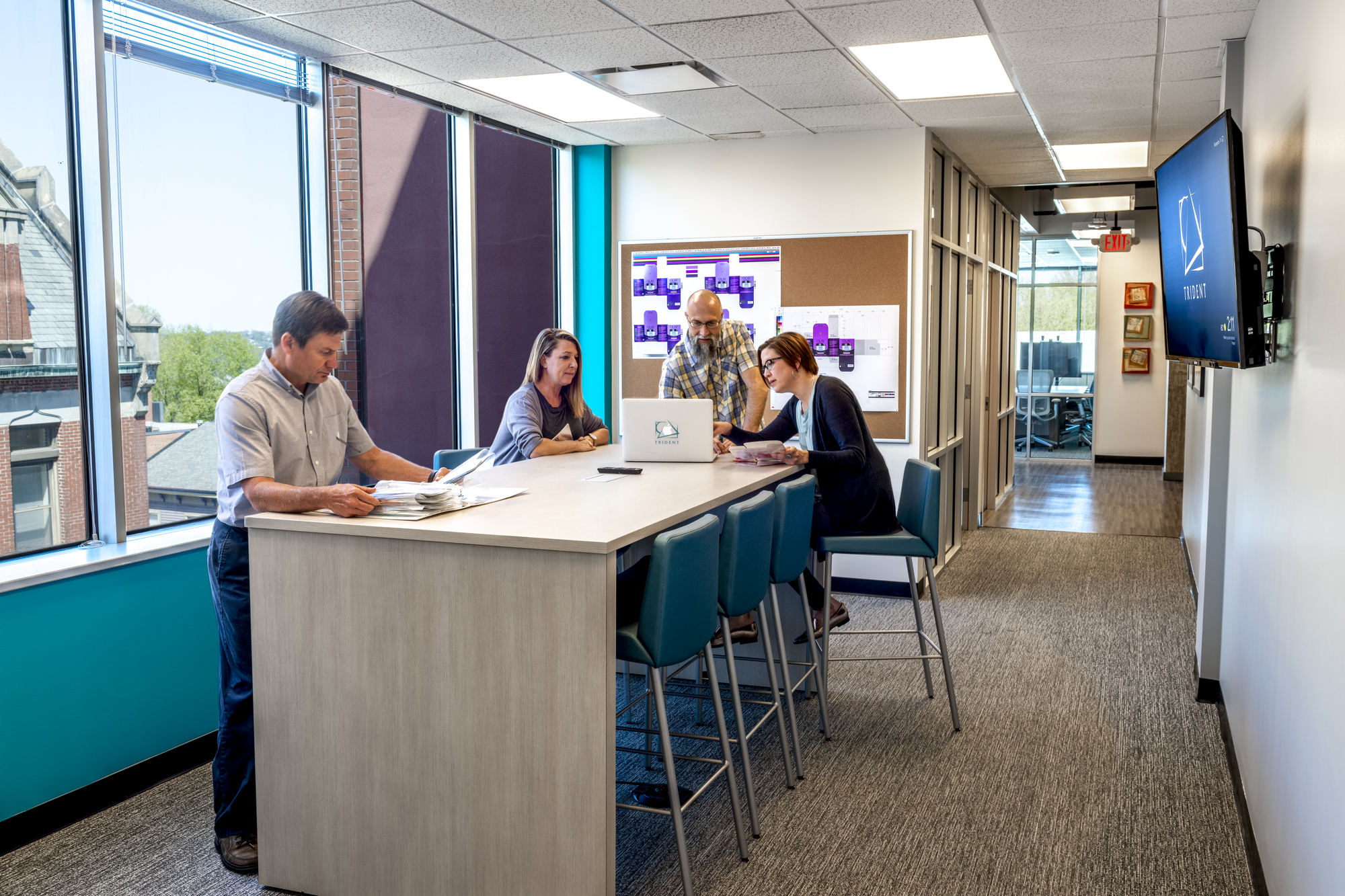 Alternative workplace strategy (or AWS) is a much broader idea that expands definable work zones beyond the individual assigned or unassigned workspace (cubes and offices), creating a combination of elements like cubes, benches, open collaboration, closed collaboration (huddle or conference rooms), and so on. All of it contributes to the final tally of seats where people can work in the space.

AWS can be 100 percent unassigned, but in a sense it is not the key consideration. The core value of a workplace strategy delivered as AWS is to create a workplace that is a stronger tool for people to create business results. Designing such an environment into smaller social units by differentiating the furniture, technology, and behavioral clues (i.e., team identity, branding, flexibility, and activity levels) provides important behavioral clues for people to choose their best suited work environment. The belief is that such variation may create stronger social groups capable of producing greater business results.

Microsoft is leading the field in aligning space as a tool for their people to create results, which is well-illustrated in this video.

Every year, many of our clients need to make repairs, renovations and modernizations to their facilities. Whether these necessary improvements stem from age, general wear and tear or even natural disasters or accidents, there are many ways SHP can help our clients prepare for this work.

As a teenager I developed a desire to study and work in the Architecture field, and set up a number of goals to help place me in the position to do so. Searching for schools which would provide the best experience related to my goals, I found the University of Cincinnati. In the University of Cincinnati’s college of Design, Architecture, Art and Planning, students are encouraged to integrate experience into their education through a rotation of co-op semesters.

Are you familiar with Deloitte’s Global Human Capital Trends report? The annual study provides insight into the top 10 trends businesses believe are prevalent in the management, growth and development of their employees. Deloitte has five years’ worth of data on the topic, in addition to vast representation across industries and localities; in fact, more than 10,000 businesses in 140 countries participated in this year’s survey.

There’s a popular website making its way through the interwebs these days that asks, “Will Robots Take My Job?” The site allows a user to input one of 702 detailed occupations – from accountant to zoologist, and everything in between – then view an estimated percentage of job loss that occupation will experience due to automation. (“Robots are watching,” the site warns when one searches for the automation risk of bartenders…)