In the spring of 2016, we were engaged by The Summit Country Day School to plan the redevelopment of its middle school playground. Middle school-aged children are often in the age group at which children are no longer given unstructured time outside, so I was excited to be included in the conversation. 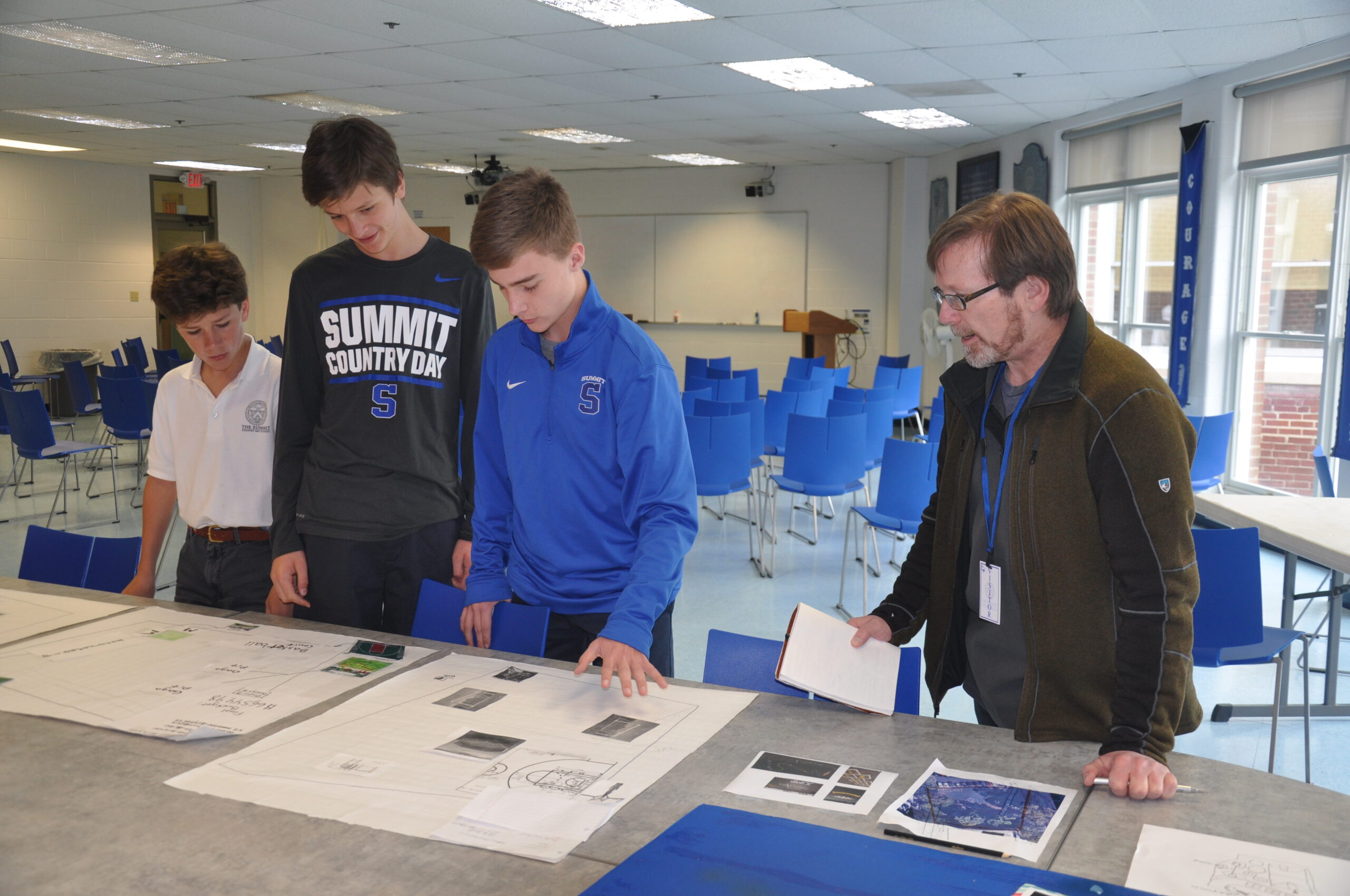 As part of the project, sixth, seventh and eighth grade classes were given the assignment to design options for the new playground. To begin, a contractor and I gave a short presentation on some of the contextual parameters, such as cost, storm water run-off and local zoning codes. We also gave them a few questions to consider as they developed their playground design, including my favorite, “What does your playground feel, taste, sound, look and smell like?”

Each team of two to three students was required to draw a plan and build a model illustrating their design.  When the project was complete, I was given the opportunity to review the designs with each team and to hear why and how they came to choose what they did.

A little to my surprise, two catalpa trees on the existing playground were given priority in all but one solution. Catalpa, also known as the cigar tree for its long seed pods, is a lovely indigenous tree with huge clusters of white flowers. I found it intriguing that so many of the children wanted to keep the trees in place, rather than replace them with something shiny and new.

A few teams ventured outside to collect items—leaves, trees, stones and sticks—from the existing playground, which helped them express their vision of the new playground. This simple sort of collecting task goes a long way to help children remain connected to natural, which of course is the most fundamental aspect of outdoor learning and playground spaces.

The variety and creativity of the solutions was broad, but simple themes stood out. The need for shade and gathering space was core to each, as well as team games of basketball, tetherball, foursquare and a walking course. 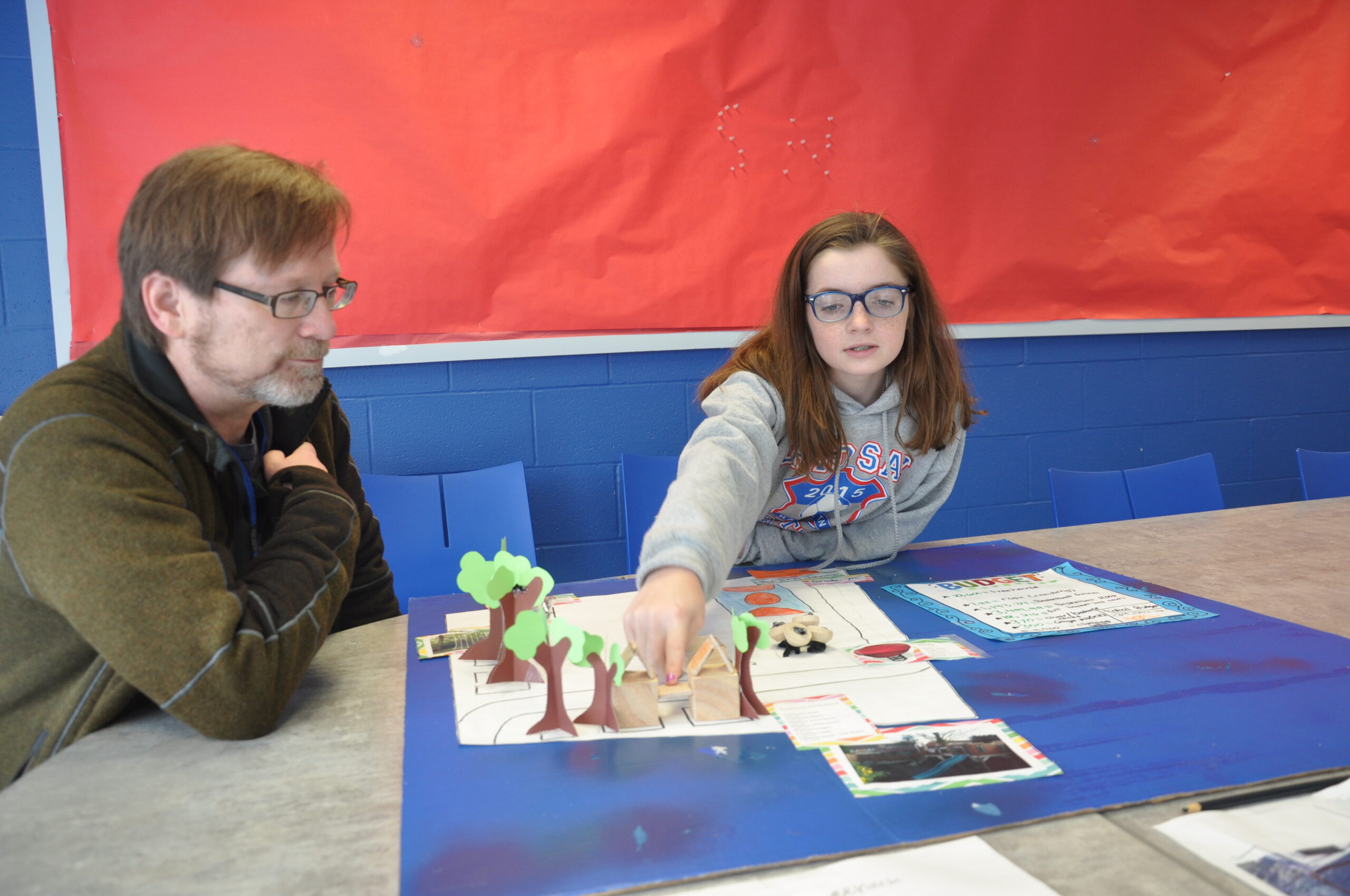 I took many photos and recorded many notes—not just outlining their concepts, but also their words, mannerisms and expressions—so that when the playground is complete, they will recognize themselves in it. This recognizing of oneself builds ownership and caring for a place and the people encountered there. And it is especially important when students—as intensely imaginative and creative as these!—are involved.

My Passion: The Value of Outdoor Learning

To be honest, I didn’t even know landscape architecture existed before I went to college. My favorite place has always been the forest and my pastime drawing, so when I discovered I’d be able to spend my career combining the two and contribute to the built environment in a positive way, I knew I must follow this. And now, more than 20 years later, I’m still doing just that: playing in and being inspired by nature and – hopefully – moving others to do the same.

Read More What Is a Playground For?

What is a playground for? Fun, certainly. Exploration, without a doubt. Discovery and curiosity, yes and yes! Whatever the answer to this question, it is clear a playground should not be an afterthought, a leftover piece of land with some equipment, fall protection and very little thought. Rather, it should be understood to be an organic extension of the space of the school, an outdoor classroom, a place for learning, engagement, social interaction… but most of all FUN.

Remove yourself from this moment and return to the time when you were nine years old, full of hope and wonder. Visit your favorite playground; maybe it is the school yard, the neighborhood park, an empty wooded lot or Grandma’s garden. What do you hear? What does your playground sound like?

Read More On Puddles and Rigor: The Academic and Playful Act of Puddle-Jumping

Imagine a puddle in the courtyard of your school. Then imagine the ways in which it could inspire learning. That […]